Hyperloop: Mass transit within a vacuum!

Man’s desire over the last three centuries to travel faster-and-further has been a tale of innovation and discovery to overcome the boundaries imposed by gravity and distances.

First there were hot air balloons, then the railway bonanza, then the internal combustion engine and automobiles, followed by airplanes (which evolved from cloth, wood, and wire contraptions) through to super-sonic jets, and then more recently fuel powered rockets which convey astronauts deep into the heavens.

Throughout this evolution, the desire to further perfect mass transport has continued to galvanise scientists and engineers to enthusiastically embrace change and innovation, which brings us to: “The Hyperloop”.

The concept of hyperloop

The Hyperloop, a concept which was first proposed in 1909 as a means of high-speed travel through low-pressure tubes, is today amongst the most dramatic and astounding inventions in terms of mass-transit that the world has ever seen. Indeed, even to describe its workings, is to venture deep into the realms of science fiction.

Simply put, the Hyperloop scheme utilises a vacuum in a sealed-tube system along which passenger-carrying capsules shuttle between stations, employing low-friction propulsion and levitation technology.

The essential part of the whole scheme is the vacuum within which the passenger capsules travel. Using a vacuum significantly reduces air resistance. In addition, low friction propulsion and levitation technologies, based on air cushion or magnetic levitation concepts, are under investigation. Within such a closed system, any level of propulsion will send the capsule shooting “bullet-like” along the “rifle barrel” of the tube at ultra-high speeds, with the absolute minimum of effort.

A recent paper outlined that, in this way, the Hyperloop scheme could propel passengers at 1,200 km/h along a 560 km route in only 35 minutes, which is considerably faster than trains and less damaging to the environment than aircraft.

However, an essential part of the whole Hyperloop scheme is without doubt the vacuum contained within the tube which, at about 1/1000 Atmospheres (i.e. less than 1 mbar), must first be produced, and then maintained at that level, to ensure significantly reduced air resistance whilst the passenger-capsule passes predictably forward.

Needless to say there are still many hurdles to be overcome if the Hyperloop scheme is to become a reality. Such risks/uncertainties include, but are not limited to: keeping the costs within limits that make it commercially viable, safety (especially if the tube loses its vacuum), speed reduction upon reaching the destination, thermal expansion of the rail, the integrity of the sealed tube-system, and a propulsion system which is compatible with a vacuum.

Creating a vacuum of 1 mbar is not rocket science, but when you “scale-up the model” along, for example 200 km of a 4 m-diameter tube (i.e. over 2.5million m3 of space), a proper vacuum pumping system requires a lot of expertise and understanding of vacuum physics, material knowledge as well as vacuum simulation skills.  The pump system itself needs to handle both a fast pump down of the system as well as holding the pressure (which represents 99% of the operation time). Here highly reliable, cost effective, service-friendly, energy-efficient and scalable pump systems are required, which can also work in remote and environmentally challenging locations. 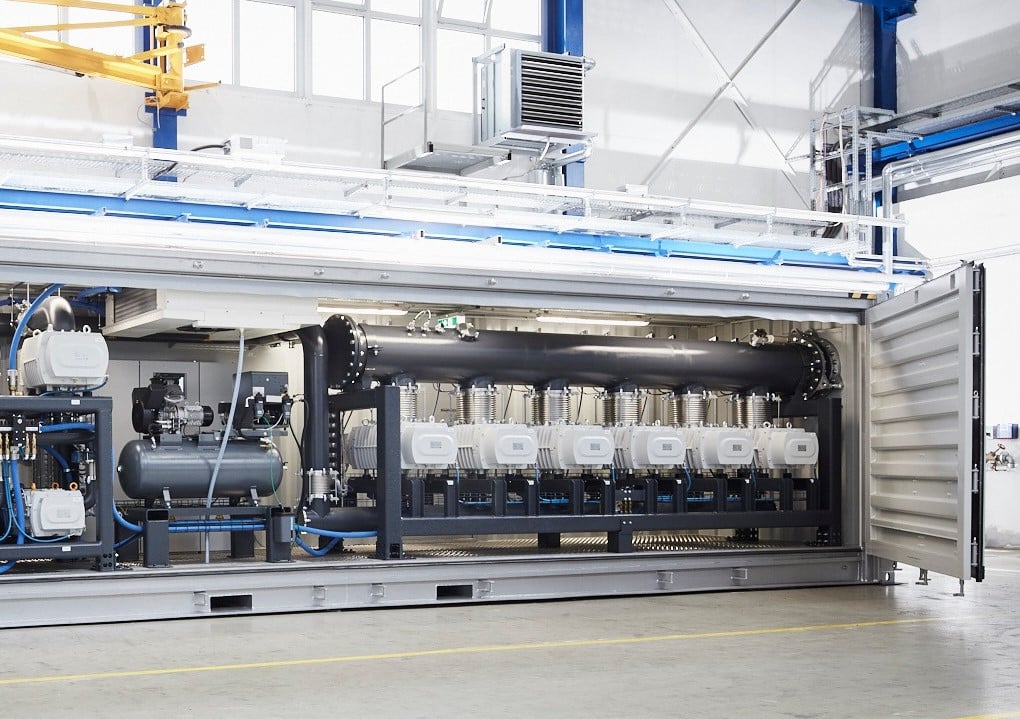 The Virgin Hyperloop One scheme, which was given the blessing of President Obama and until recently had Richard Branson (the entrepreneur and founder of Virgin) as its CEO, has excited the imagination and enthusiasm of dozens of governments, as well as hundreds of transport bodies and metropolitan authorities.

Virgin Hyperloop One, the only company to have developed a full-scale Hyperloop system, now boasts Jay Walder one of the world’s leading mass transport and technology executives as its new CEO. Together with a new round of funding and the appointment as the new Chairman of Sultan Ahmed bin Sulayem, Hyperloop One is now focused on bring the world’s first Hyperloop system to life—a mass transport route between Mumbai to Pune, thus reducing the travel time from 4 hours to 25 minutes. Sultan bin Sulayem, who is also the Chairman of DP World (now the major investor), recognises the value of the Hyperloop to distribute not only passengers, but time sensitive cargos at the speed of flight but at the cost of trucking.

However, Virgin is not the only company vying to turn the Hyperloop theory into a commercial reality: Hyperloop Transportation Technologies (HTT) recently unveiled its “Quintero One”, a full-scale passenger carrying pod weighing five tons, which can carry 40 passengers at up to 760 mph. Dirk Ahlborn, HTT’s co-founder and CEO acknowledged that the company had now solved almost all the technology needed for Hyperloop to become a reality, including  its levitation system, vacuum pumps and smart composites, and that the resulting pod will be “part of one of the most efficient transportation systems ever made.”

With both Virgin, HTT and several other major players jostling for prominence in the field of Hyperloop, the stage is set for some high-speed, high-stakes rivalry that will be every bit as exciting as the original “moon race”.

Are you interested in knowing more about the subject and concept of vacuum? Discover the fundamentals and basic principles of vacuum generation in our eBook:

THE FUNDAMENTALS OF VACUUM TECHNOLOGY

What is Nuclear Fusion? And How Does it Work?
Highlights from the 16th European Vacuum Conference (EVC16)